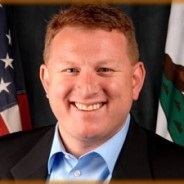 John’s goal in running for the Central San Pedro NC is to provide representation and leadership by one who has worked side-by-side with local stakeholders throughout the San Pedro community, regardless of positions, and will keep this council focused on the biggest challenges facing the San Pedro community. This council needs members who get involved when the community needs problems solved; not just committee discussions and position letters. It needs members who know to listen to their constituents and prioritize the community’s issues rather than their own personal agendas.

John Stammreich has been very active in the San Pedro community, both with the Angels Gate Council Knights of Columbus and the San Pedro Elks Lodge. John was elected to the Northwest San Pedro Neighborhood Council for three consecutive two-year terms (2006-2012), where he served as Communications and Outreach Chairman and also chaired the original Safety and Security committee. He was one of the original organizers of the Congress of Neighborhood Councils, and represented San Pedro on the DWP Oversight Committee during all three terms. He currently represents the Harbor Area on the Zoning Advisory Committee for the City of Los Angeles, and is an Advisory Board Member for the Education Department at Antioch University Los Angeles.

John is a 1992 graduate of the U.S. Naval Academy in Annapolis, MD, and currently serves as the Los Angeles Area Coordinator for the Naval Academy Information Program, supervising 30 Blue and Gold Officers in coordinating outreach strategy and candidate preparation throughout most of Los Angeles County. John personally manages the U. S. Naval Academy outreach at multiple schools throughout the Harbor Area, including San Pedro High School, Mary Star High School, and Port of LA High School. During his naval service, John served two sea tours as a Surface Warfare Officer and as Officer-in-Charge of the Military Police at NAF El Centro, California, earning two (2) Navy Achievement Medals, the Humanitarian Medal, the Armed Forces Service Medal, the NATO Service Medal, and the Outstanding Volunteer Service Medal. In 2004, John graduated Summa Cum Laude from Regis University in Boulder, CO with his Master’s Degree in Business Administration, and completed his Professional Designation in Government Contracts Management from the University of California, Los Angeles extension program the same year.

John has been employed in the aerospace industry for the past fourteen years, and is the son of an Apollo engineer. John currently manages program supply chain and major subcontracts for major FAA and DoD programs within Raytheon’s Information, Intelligence and Services division in El Segundo. John has been married to Andrea since 2002, and they have two daughters, AnneMarie (12) and Violet (7), who are both into competitive Irish Dancing.