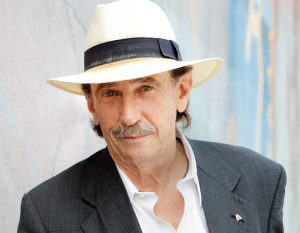 For over three and half decades James Preston Allen has been a guiding progressive political voice in the greater Los Angeles Harbor community focusing his keen editorial eye on a multitude of issues both local and international.    He has lectured at Pepperdine College, UC Irvine, Los Angeles Harbor College and various high schools on journalism, history, current events and politics. He has appeared on multiple occasions on local cable TV and community affairs radio, discussing community issues, local and national issues.

He is the recipient of the Amicus Collegii award from Los Angeles Harbor College. He also has been honored by the San Pedro Neighbors for Peace and Justice in 2009 as the “Peace Maker of the Year” and Random Lengths News was given the 2006 Beacon Award by the San Pedro Chamber of Commerce.

“My commitment to the community of San Pedro is to empower the people of this area, to give them voice and engagement with the agencies that serve them and to provide fair, just and transparent representation on all matters of public concern. I have done this faithfully for over 35 years and my record, words and actions are a testament to these core values that can not be assailed”.

James Preston Allen has served as president and vice president of the Central San Pedro Neighborhood Council and previously lead the San Pedro Downtown Business Association 1984-86, was  vice-chairman and board member on the CRA/LA-Community Advisory Committee 2001-12; where he championed many initiatives such as historic street lighting,  the “seam-less interface” development with the Port of LA, and most significantly the creation of the San Pedro Arts, Culture and Entertainment (ACE) district. He was the founding chairman and visionary for the ACE district, which he chaired for two years, capturing $500,000 in grants. He is also a practicing artist and a graduate of Otis Art Institute of Los Angeles, CA.

As one of the early supporters of Neighborhood Councils Mr. Allen championed this cause in his editorials, nurtured public support for them and fought for charter reform. He also is a long standing, and one of the most outspoken, members of the San Pedro Chamber of Commerce.  He was re-elected to that board in 2013.