Many thanks to Frank Anderson for his many years of service on the Central San Pedro Neighborhood Council and his dedicated career as an educator.

Frank, wishing you and Mary Jane a happy retirement! 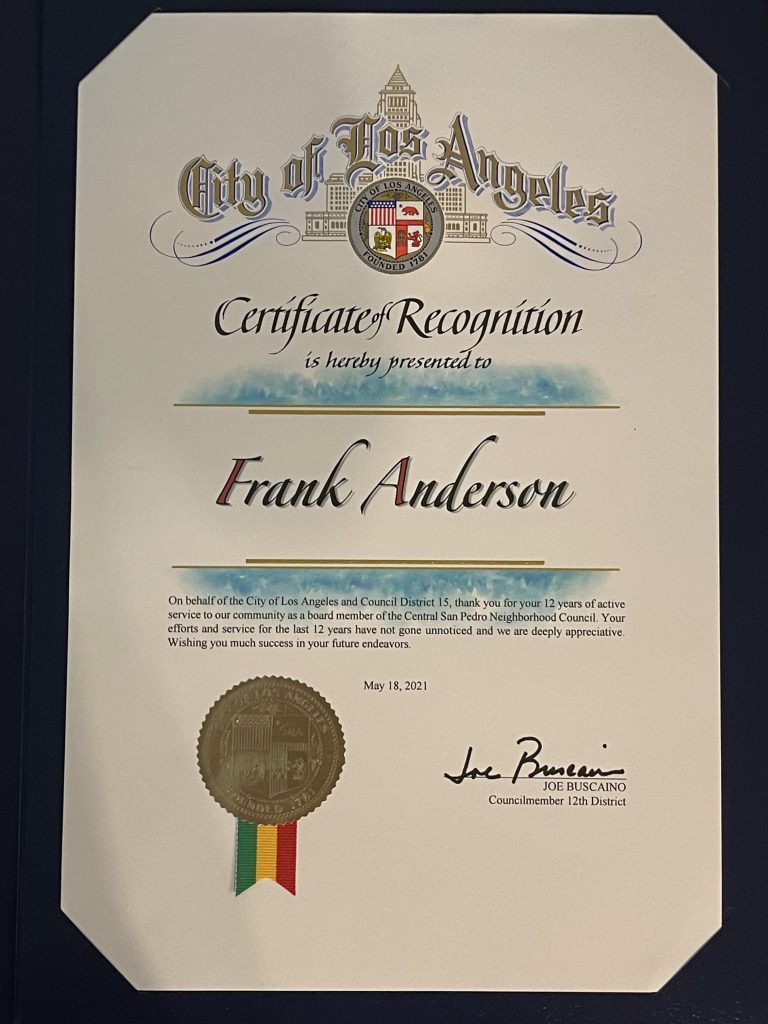 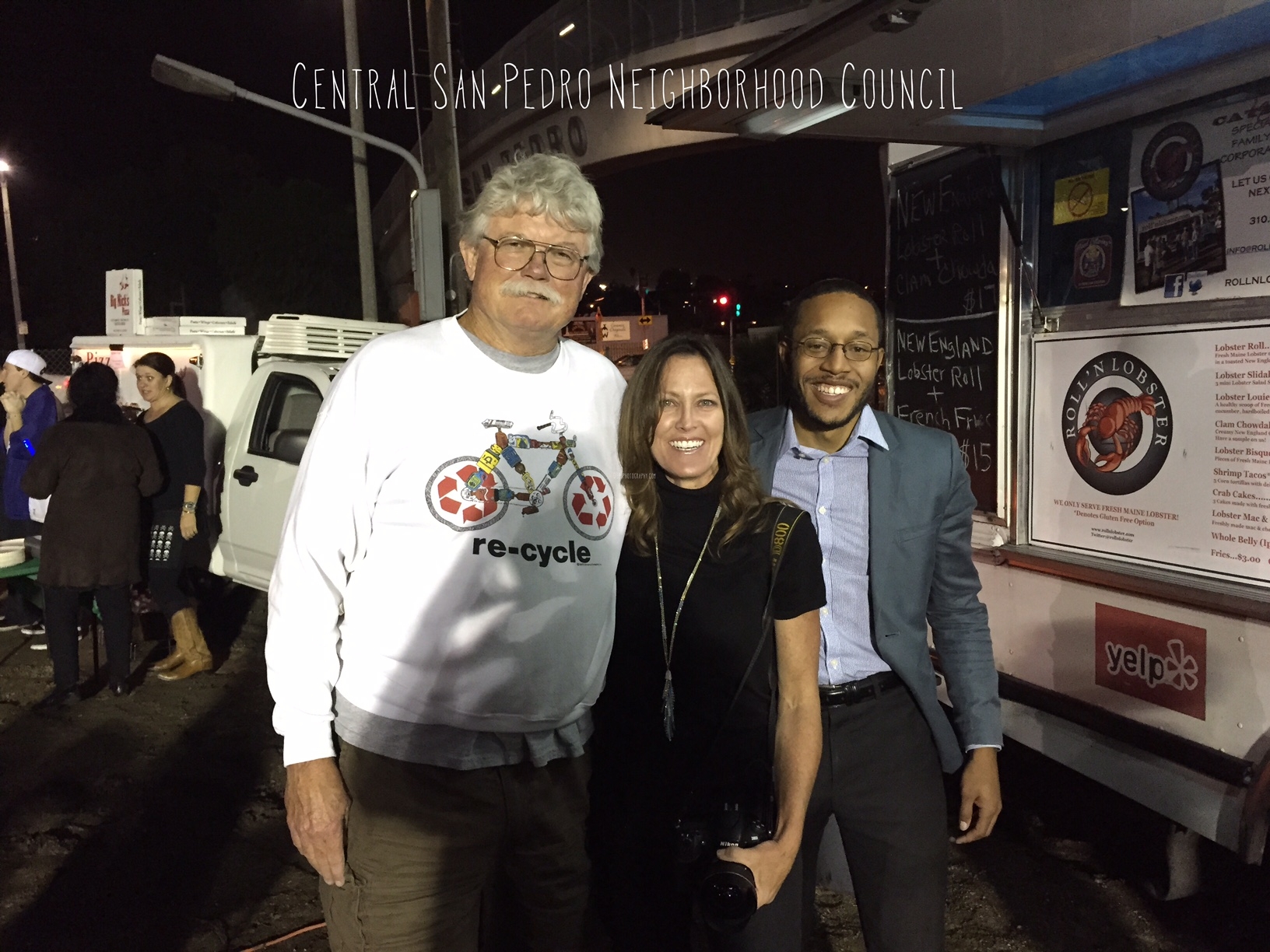 In 2014, Frank Anderson, Debbie Rouser and Alexander Hall were among the board members who represented the Central San Pedro Neighborhood Council at the Councilman’s Gaffey Street Bridge Lighting event.

Frank has been very active on the Port Committee, Public Safety Committee and the School and Parks Committee.  He decided to take a break from being a board member but I’m sure we will still see him attending Committee meetings as a stakeholder.