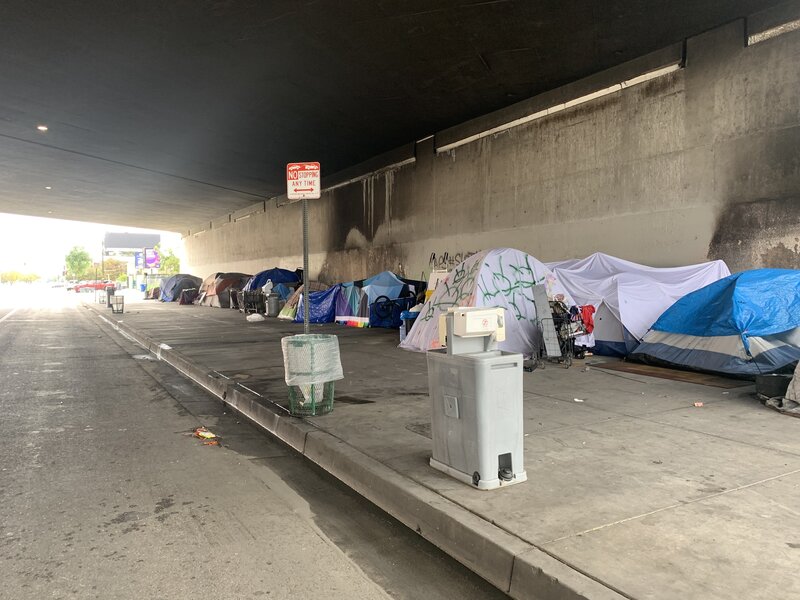 The latest Los Angeles homeless count found 66,433 people now live on the streets, in shelters and in vehicles around LA County. Anna Scott/KCRW

Homelessness is up in Los Angeles County for the third time in four years, a result of an ever-growing number of people who cannot afford the region’s high housing costs.

LA’s annual homeless count, released Friday, shows that 66,433 people now live on the streets, in shelters and in vehicles within the county. That’s up 12.7% from 2019. Within LA city limits, the number of people experiencing homelessness is 41,290, a 14.2% increase over last year.

These significant increases come despite hundreds of millions of dollars spent and, according to county officials, a system that is housing a record number of people. In 2019, LA’s homeless services system placed nearly 23,000 people in homes, according to the report by the LA Homeless Services Authority.  READ MORE