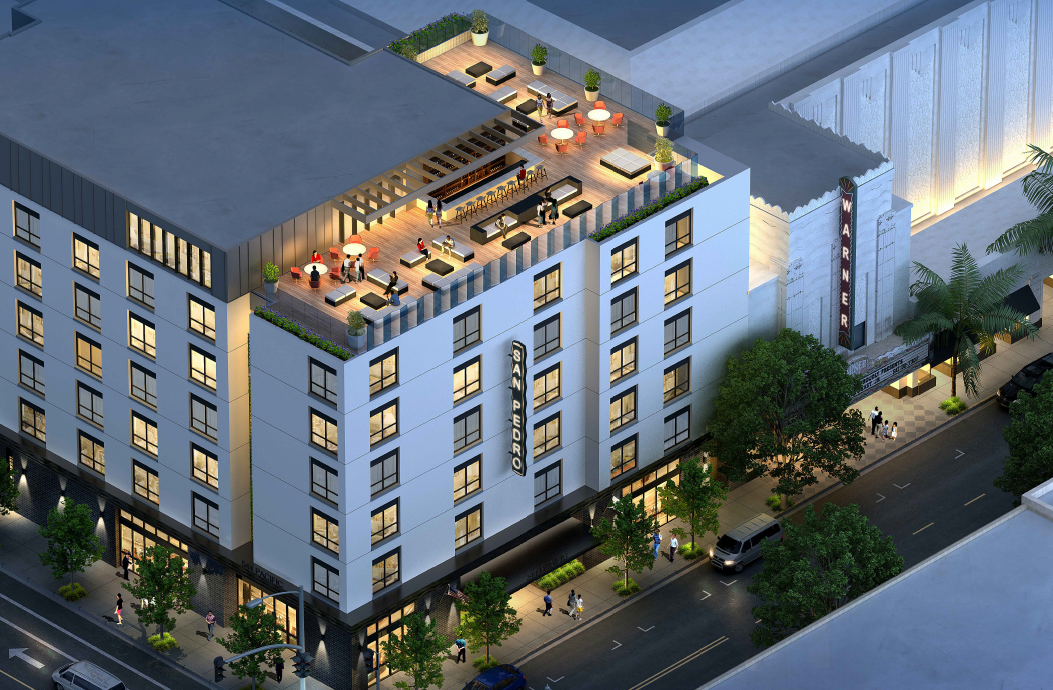 The Daily Breeze reported on August 6, 2019 that the Harbor Area Planning Commission approved a new hotel with 80 rooms for the corner of Seventh Street and Pacific Avenue. The hotel was earlier planned to have 67 room but is now approved for 80 rooms in a seven story building with the same footprint as originally planned.

The hotel will have restaurants on the ground floor and the roof and is hoped to increase tourism in tandem with improvements at the theater next door.

The project also enjoys support from the San Pedro Chamber of Commerce.

The hotel will have 56 parking spaces as the developers believe that most people using the hotel will not arrive in cars requiring parking.

Construction may start at the end of 2020. 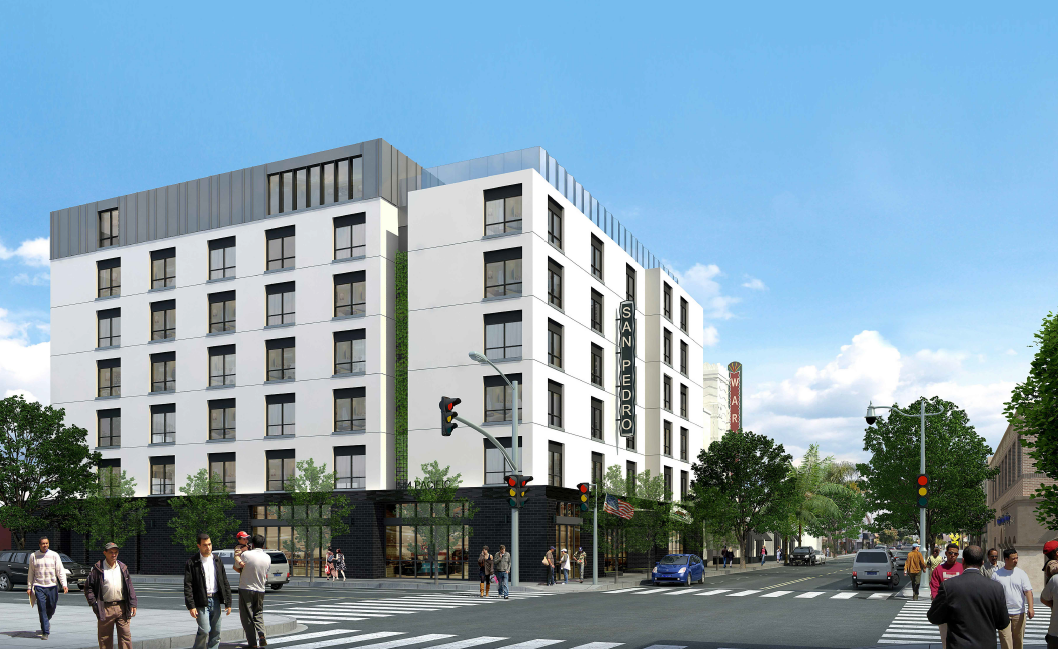